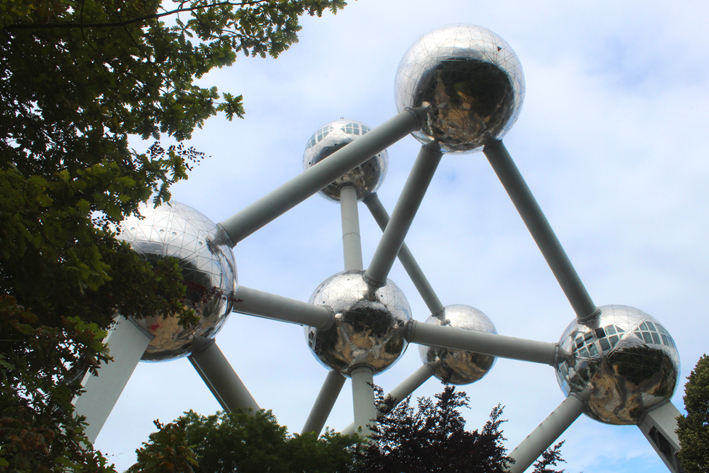 More Belgian than the Brussels Atomium is almost impossible. Ask random tourists for typical Belgian symbols and they invariably answer chocolates, French fries and … the Atomium. The remarkable structure on the Heysel in Brussels has been there since 1958. That was the year of Expo 58, the major world exhibition in Brussels. A year in which Belgium showed the best it had to offer in the technical, scientific and cultural fields. Some 600,000 visitors still visit this Belgian icon every year.

The Brussels Atomium: most popular attraction of Expo 58

In 1958, Belgium organized a large-scale world exhibition, which showed the world’s confidence in technological progress and success. No fewer than 44 countries took part in Expo 58, which all featured impressive pavilions in which they presented the achievements of their country to the rest of the world. The Atomium was undoubtedly the biggest eye-catcher at Expo 58, a colossal Belgian building designed by engineer André Waterkeyn.

What does the Brussels Atomium represent?

For many people it is still unclear what the Atomium exactly represents. Some claime that it depicts an iron atom, or an “iron molecule.” In fact, the Atomium represents the way in which iron atoms are arranged in a piece of iron. Iron is made up of a regular structure of iron atoms, a so-called “crystal structure”. This crystal structure takes the form of consecutive cubes. There is an iron atom at every corner and in the center of every cube. Metallurgists call this structure “cubically spatially centered”. The 9 spheres of the Atomium represent the iron atoms in one elementary cube, magnified 165 billion times.

The construction of the Brussels Atomium

Engineer André Waterkeyn, director at Fabrimetal (the federation of the Belgian metal industry), was commissioned in 1954 to design a monument for Expo 58. It had to become a monument that highlighted the achievements and know-how of the Belgian metal industry. The Atomium in Brussels had to radiate optimism and confidence in the future. The sketches and models of Waterkeyn were approved. Architects André and Jean Polak made detailed construction drawings of the colossal structure. Workers worked on the giant structure for 19 months. On April 17, 1958, at 2 o’clock in the morning, the Atomium was finally completely finished. Expo 58 opened its doors on the same day.

The Atomium in figures

The Atomium made a huge impression on the visitors of Expo 58 from the start. It was (and still is) an astonishing construction: 102 meters high, spheres with a diameter of 18 meters, tubes with a diameter of 3.3 meters, a weight of 2400 tonnes (after the renovation increased to 2500 tonnes). The construction is made of steel, but the architects originally opted for an aluminum covering of the spheres. You move from one sphere to another via normal stairs and escalators. A fast lift takes you to the upper sphere, where the view over the Heysel plateau and Brussels is absolutely stunning. This lift reaches a speed of 5 meters per second and was the fastest lift in the world in 1958. You reach the top in 20 seconds.

Renovation of the Brussels Atomium

The Atomium in Brussels was actually designed to remain on its place for only 6 months. After Expo 58, all pavilions, including the Atomium, would be demolished again. Because the Atomium received a lot of attention and gradually became a symbol of Brussels and Belgium, it was decided to leave the construction intact.

However, the test of time did its job. In 2004 it was high time to thoroughly renovate the Atomium. The renovation lasted 2 years. The original aluminum coating of the spheres was replaced by stainless steel plates, which are more resistant to corrosion. Energy-efficient LED lamps took the place of the original lighting. In 2006, the refurbished Atomium, with its highly glossy spheres, once again opened its doors to the public.

The Atomium in Brussels on the inside

During your visit to the Atomium you should definitely go to the top sphere to enjoy the unparalleled panorama of the surroundings. There is a restaurant on the top floor of the upper sphere. In the bottom sphere you see a permanent exhibition about Expo 58 and the construction of the Atomium. The other spheres are used for temporary events and exhibitions. If you go from one sphere to the other with the escalator, you can enjoy spectacular lighting effects in the tubes. You will find a souvenir shop in the basic pavilion. The 3 outer high spheres are closed to the public. You can buy tickets for the Brussels Atomium in the pavilion next to the entrance. On busy days you have to take into account a long line of people waiting – better buy your Atomium tickets online in advance.

Other attractions on the Heysel plateau

The Atomium is not the only tourist attraction on the Heysel plateau in Brussels. The Palaces of the Heysel are used for all kinds of fairs, exhibitions and events. The best known is Palace 5 or Centenary Palace, built for the World Exhibition in Brussels in 1935.

Nearby is the King Baudouin Stadium, the largest sports stadium in Belgium.

Other tourist attractions are the Brussels Planetarium and Mini-Europe, an amusement park in which famous European buildings were recreated in miniature. 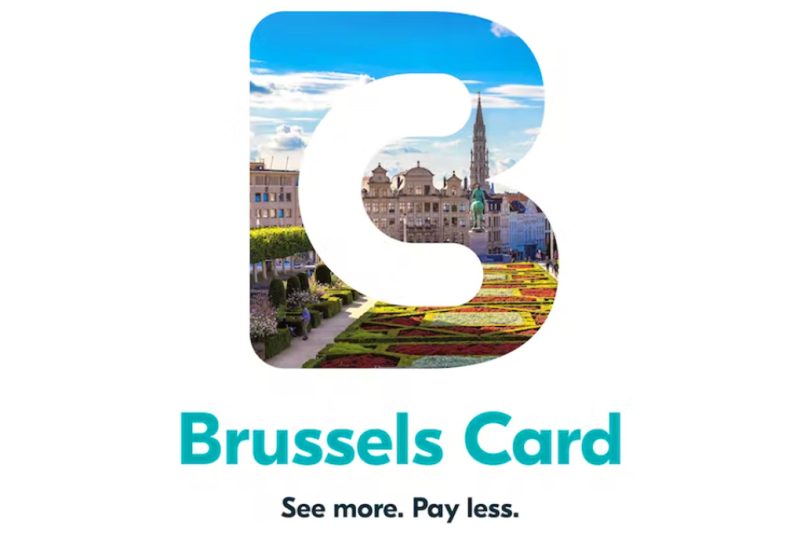 From £25.00 with best price guarantee

Tickets: available online in advance or for sale in the pavilion next to the entrance

Parking: the Atomium does not have an own parking. There are extensive parking areas in the area, including the Palaces of the Heysel.

Noodzakelijk Altijd ingeschakeld
Necessary cookies are absolutely essential for the website to function properly. These cookies ensure basic functionalities and security features of the website, anonymously.
Functioneel
Functional cookies help to perform certain functionalities like sharing the content of the website on social media platforms, collect feedbacks, and other third-party features.
Performance
Performance cookies are used to understand and analyze the key performance indexes of the website which helps in delivering a better user experience for the visitors.
Analytisch
Analytical cookies are used to understand how visitors interact with the website. These cookies help provide information on metrics the number of visitors, bounce rate, traffic source, etc.
Advertentie
Advertisement cookies are used to provide visitors with relevant ads and marketing campaigns. These cookies track visitors across websites and collect information to provide customized ads.
Andere
Other uncategorized cookies are those that are being analyzed and have not been classified into a category as yet.
OPSLAAN & ACCEPTEREN
Aangedreven door